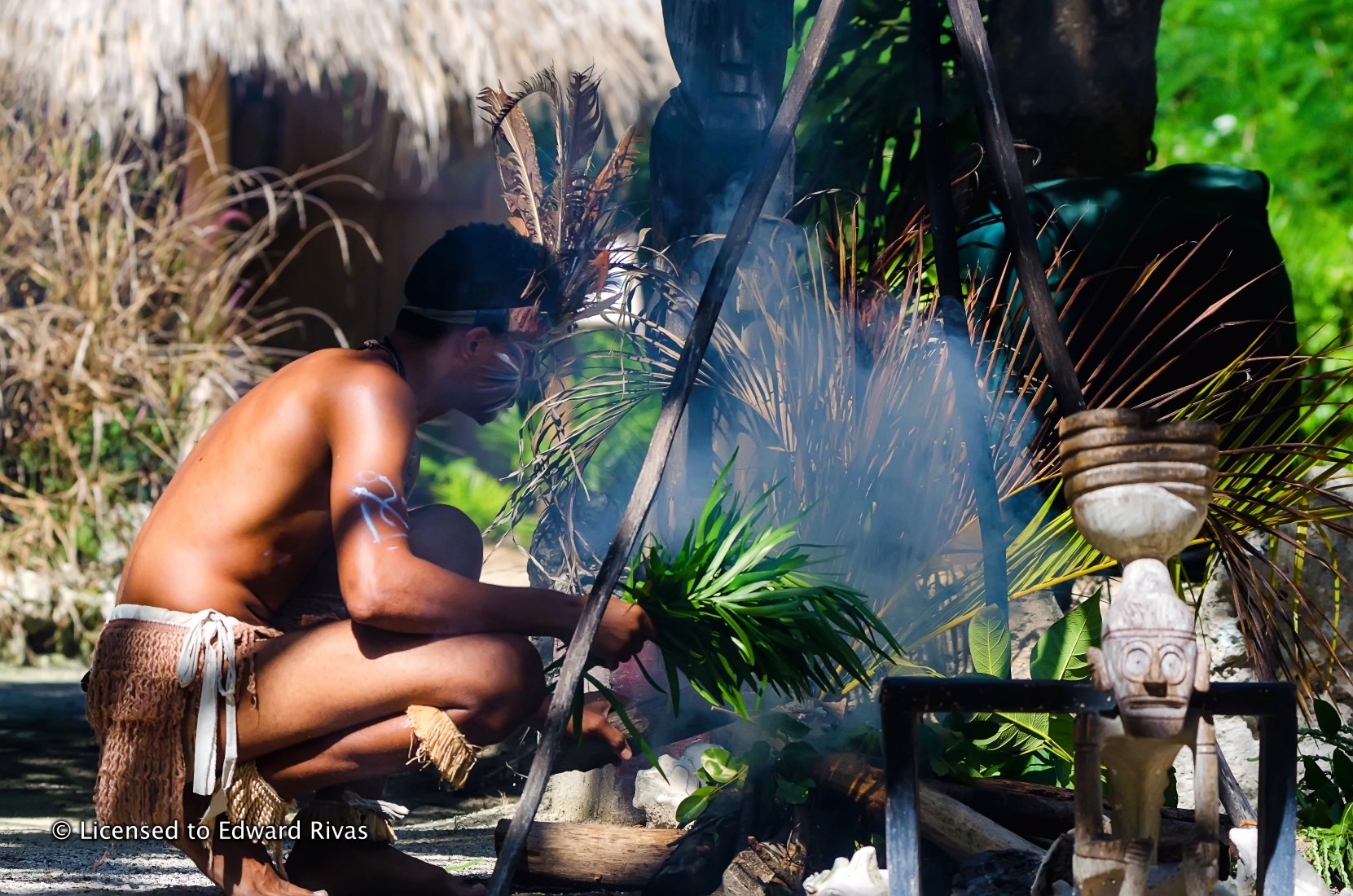 Taino is the word that refers to the earliest inhabitants of Hispaniola island, where today we find the Dominican Republic and Haiti. These peaceful natives were described by Christopher Columbus in his first trip arrival on October 12th, 1492. The Taino also lived in Puerto Rico, Jamaica, Cuba, and the Bahamas.

The Taíno people are medium height, with a bronze skin tone, and long straight black hair. Facial features were high cheekbones and dark brown eyes. The majority of them didn’t use clothing except for married women who would wear a “short apron” called nagua.

Remnants  of Taino settlements can be found throughout the island, including cave petroglyphs in more than 400 caves. The Taino developed a culture based primarily on agricultural production that allowed them to craft a significant increase of utilitarian objects such as vases and other containers made of clay and wood.

In addition, the Taino were excellent sculptors who drew up ceremonial artifacts of great artistic expression as duhos or ceremonial seats, idols or cemíes, instruments for the Cohoba ritual and monolithic rings.

The Taino Tour in the Puerto Plata region takes the visitors to various locations considered the most important in terms of historic value since this is where two civilizations clashed when the Spanish arrived to the North of the island in their first trip to the Americas.

La Isabela is the first Spanish settlement in the Americas following the arrival of Christopher Columbus, now a museum with remnants of the historical city. It is perhaps the top historic site to visit when traveling to the Puerto Plata region of Dominican Republic.

Cesar Estrella Taino Museum is an open window to Taino life, displaying the result of 50 years researching and digging all over the island to find the most interesting pieces of Dominican Taino culture. This museum is located in Guananico, about an hour trip from Puerto Plata.

San Felipe Fort is the third stop along the tour. This museum is a fortress commissioned by King Philip V of Spain, the same one that financed the Columbus voyages. It has authentic Taino pieces alongside a historic timeline display of events that defined history for humanity in this side of the world.

Departing from Puerto Plata or Sosua from as early as 8:00am, the tour take 3-4 hours depending on how many locations in total are visited. Please contact us for more information.

Villa For Sale in Sosua